We know approximately 30,000 comments have been written for a strong Stream Protection Rule (SPR) – can we get to 50,000? Comments are due October 25th – click here to comment today!This is one of the best and last chances for the Obama Administration to protect Appalachia from the worst of mountaintop removal.

The Stream Protection Rule is intended to limit the dumping of toxic mountaintop removal waste into our endangered streams. We’ve been demanding these protections for almost eight years and, after a series of delay tactics from the coal industry, we are glad the Obama administration is finally taking action. But we need it to be strengthened, and we have only a few days left to make our voices heard. 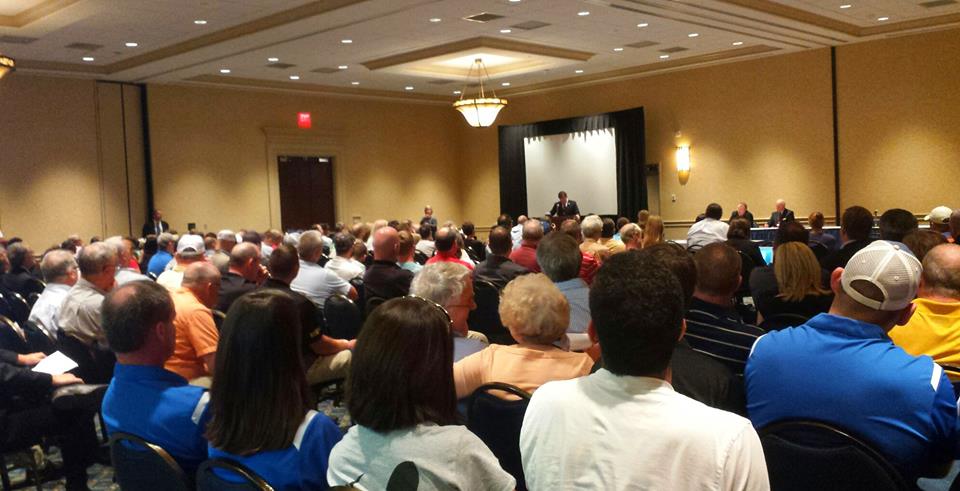 Last month, members of The Alliance for Appalachia were busy organizing members and allies to attend in-person hearings to speak up in favor of water protections.

Despite intimidation from the coal industry, hundreds of people traveled long distances to show up and speak up for a strong Stream Protection Rule in Lexington, KY, Big Stone Gap, VA, Charleston, WV and other cities nationwide.

Speaking up in the face of intimidation – including heckling and physical threats – takes true courage, and we’re so proud to work alongside these every day heroes who are fighting to protect their communities and families from water pollution

If you missed your chance to comment in person, you can always comment on-line using our convenient form!

Last month. members of The Alliance met with Secretary of the Interior Sally Jewell. This was the first cabinet-level meeting our coalition of groups has secured. We discussed the Stream Protection Rule and the ongoing impacts of mountaintop removal coal mining.

The secretary was open to our comments on revisions that would strengthen the final rule, and clearly understands its importance to protecting the environment and fostering a positive, sustainable economic future for Appalachia. 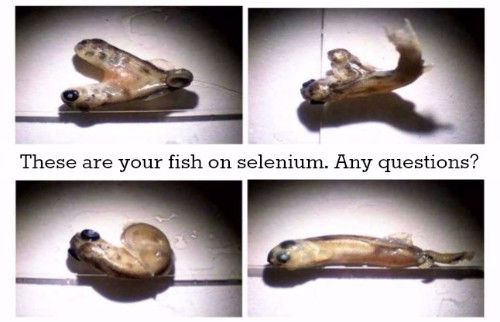 One of our key policy asks from the Obama administration for 2015 was for a strong selenium ruling that would limit the pollution from this toxic chemical and allow citizens to have a role in monitoring streams.

Selenium, a chemical commonly found in wastewater from mountaintop removal coal mines and in coal ash ponds, is toxic to fish and other wildlife at very low levels, and it is toxic to humans at high levels. Once it is released into waterways, selenium enters the food chain and accumulates in fish, causing reproductive failure and deformities.

The comment period has now closed, and we’re hoping that the administration listens to the many who contributed comments on this important issue.

POWER+ Resolutions Continue to Pop Up Across the Region

These actions are in stark contrast to the reactions of our state and federal leaders to the plan, which could bring could bring $1 billion in federal funding to the region to reclaim abandoned mine lands sites in ways that will create long term economic development.

The Alliance for Appalachia is working with our members and allies to support these community resolutions and other grassroots efforts to bring the benefits of the POWER+ Plan to our communities.

The Alliance for Appalachia Hosts a Productive Fall Meeting

The Alliance for Appalachia hosted our fall meeting at Breaks Interstate Park; it was a chance for our member groups and allies to get updates on work happening in the region and begin to plan what’s next for the region. Our final meeting for 2015 will be in December 2015.

Thanks to all who contributed to the meeting for making it another productive success – and thanks to Joanne Golden Hill for taking the pictures below! 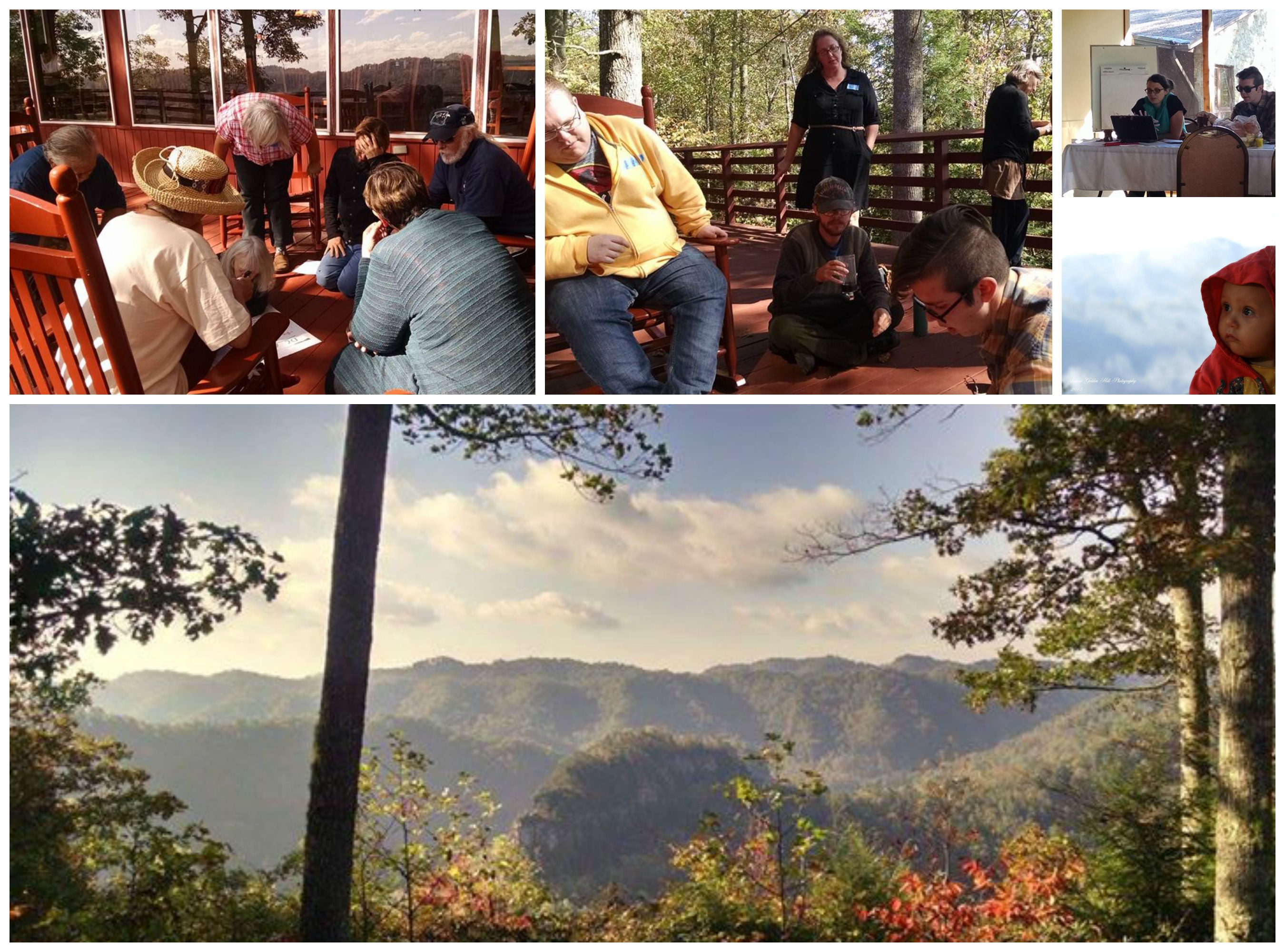 Updates from the Movement:

Economic Development Community Forums Held in Southwestern Virginia:
Appalachian Voices has recently partnered with Virginia Organizing to convene eight visioning forums across Virginia’s coalfield counties. The purpose of these forums is to gather community-level input about the future of our economy. These forums are open to the public, and people of all beliefs and backgrounds have been attending and contributing fresh new ideas for the future of their communities.

Input gathered during the forums will be synthesized into a “Citizens’ Roadmap for a New Economy” report that will engage local governments and planning districts on economic development priorities. Learn more about this exciting project at their website!

White House POWER Initiative Grants Awarded
The White House has announced $14.5 million in grant awards for organizations and local governments across 12 states that are building a better economic future for their communities. A majority of the 36 awards, and most of the grant dollars, are going to plan or implement projects in Central Appalachia.

We are especially excited for our friends at Appalshop who received funding to build a one-year IT workforce certificate program targeted to communities affected by the reduction in coal employment. Learn more about the grant recipients here.

Clean Power Plan to Empower Kentucky
Empower Kentucky is an ambitious project to re-shape Kentucky’s energy future based on a vision “that works for everybody” announced recently by KFTC.

As explained in the webinar that launched the program: “Over the next year KFTC will invite thousands of people from all walks of life to share their vision and ideas for transforming Kentucky’s energy system,” said Sean Hardy of Louisville. “Then, together, we will write our own energy plan, one that works for everybody, all of us.”