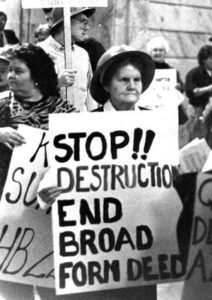 The Appalachian region boasts a long, proud history of resistance by individuals, organizations, and alliances working to stop strip mining abuses in the region, beginning in the 1960s.

The Appalachian Coalition Against Strip Mining formalized some of these efforts in the 1970s by working with a national coalition of groups from coalfields across the country for federal legislation to ban the destructive practice. Groups fought against the inclusion of a mountaintop removal variance in the federal law and also worked for steep slope limits to mining and other protections for communities. Despite those efforts, the final bill that passed, the Surface Mining Regulation and Enforcement Act (SMCRA) of 1977, included a mountaintop removal variance and did not include other provisions like a steep slope limit.

The Alliance for Appalachia is founded

Beginning in the spring of 2006, thirteen organizations from five states in Central Appalachia worked together to build the Alliance for Appalachia, held the inaugural End Mountaintop Removal Week in D.C., and launched iLoveMountains.org 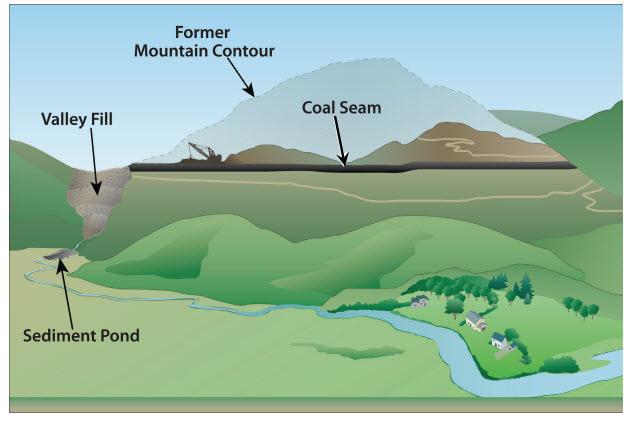 The first years of our Alliance were spent building trust across organizations and across state lines with groups who brought different strategies, perspectives, relationships, and histories to the table. From 2007-2010 we took on a federal-level campaign to pass the Clean Water Protection Act which would ban the dumping of mining waste into our valleys and streams and significantly curtail mountaintop removal. 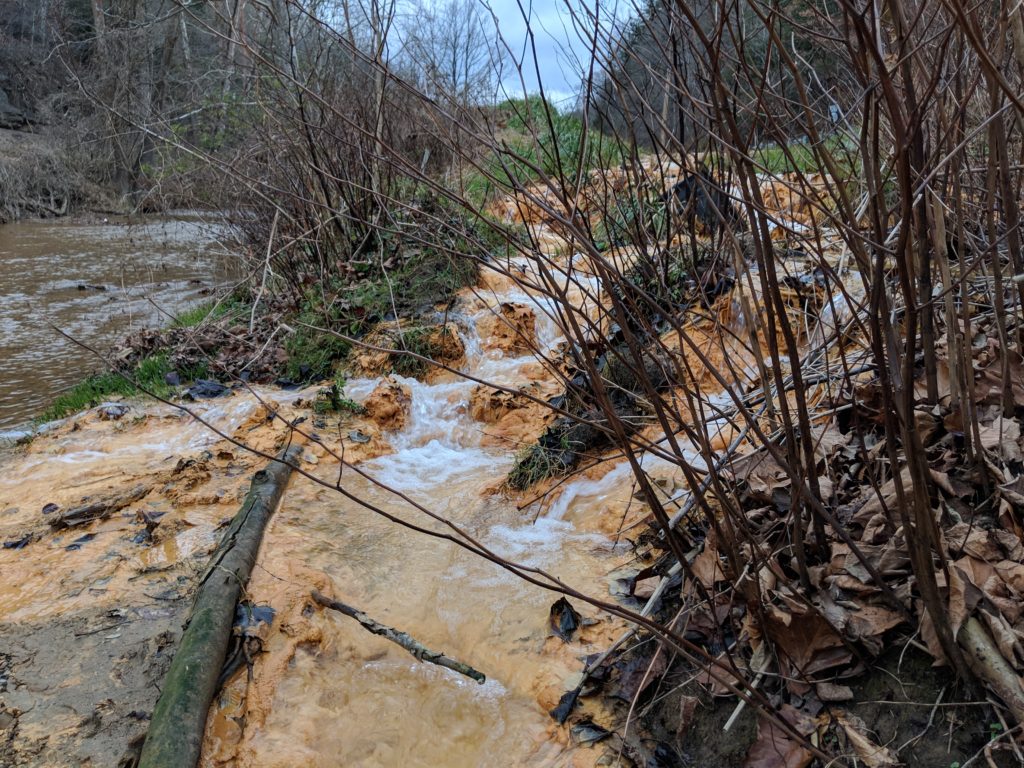 The Stream Buffer Zone rule had been in effect since 1983 to protect the nation’s headwater streams from being buried by valley fills from mountaintop removal coal mining, however, this rule was not stringently enforced, resulting in the loss of over 2,000 miles of headwater streams in the Appalachian region.

In October of 2007, the Office of Surface Mining-Reclamation and Enforcement (OSMRE) conducted public hearings on the then-proposed rule change. Kentucky, Pennsylvania, West Virginia, and Tennessee were granted these hearings. Virginia was not allowed a hearing even after numerous requests from local coalfield residents for a hearing. 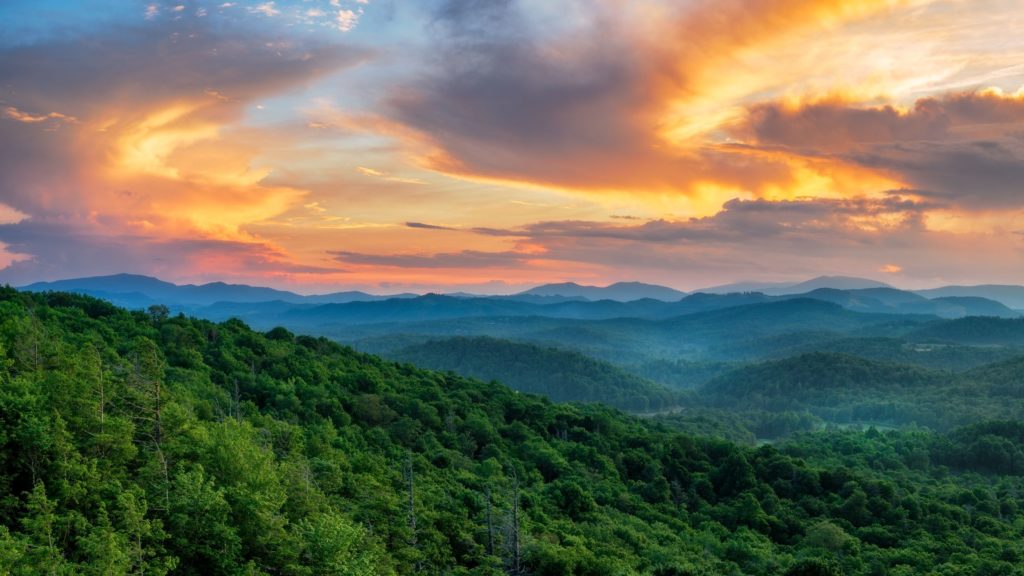 Appalachia Rising! Voices from the Mountains.

Voices from the Mountains and Appalachia Rising travel to DC. More than a 1000 Appalachians and concerned citizens gather in DC to call for an end to mountaintop removal strip mining and the beginning to serious investment in sustainable economic diversification in Appalachia. The weekend included two full days of strategizing workshops, learning, featured speaker panels and discussions, cultural events, and entertainment followed by 2,000 people taking action at the White House and the agencies that permit mountaintop removal: the Environmental Protection Agency, Department of Interior, and Army Corps of Engineers. We also paid a visit to the financiers of mountaintop removal at PNC Bank. 114 people were arrested while taking their stand in an act of non-violent civil disobedience at the White House.

“Represented by Earthjustice and the Appalachian Center for the Economy and the Environment, seven conservation and social justice groups— the Sierra Club, Coal River Mountain Watch, Ohio Valley Environmental Coalition, West Virginia Highlands Conservancy, Kentuckians For The Commonwealth, Southern Appalachian Mountain Stewards, and Statewide Organizing for Community eMpowerment—have intervened in a coal mining industry lawsuit to support EPA’s use of this guidance and its effort to follow the Clean Water Act, consider the latest science, and protect America’s waters from destruction.”

The EPA released new guidelines on MTR -The new guidelines place limits on what and how much mining waste can be dumped into local streams and were designed to protect 95 percent of the aquatic life throughout central Appalachia. 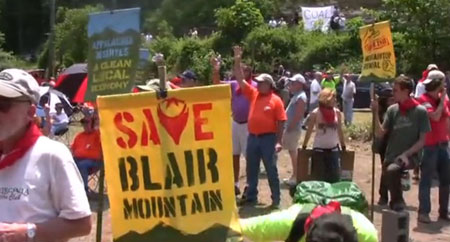 The Alliance for Appalachia hosted the 7th annual end mountaintop removal Week in Washington on June 2-6, 2012 with nearly 150 citizens in attendance. The Week in Washington is an integral part of our work to connect resident to the halls of power in DC, and in 2012 we continued our campaign toward national legislation that would ban valley fills.  This year’s event was a tremendous success, with nearly 150 meetings with House, Senate and Federal Agency representatives! This year individual participants tied together different tactics in a new way for our movement by engaging in a day of action at the end of the lobby week and people noticed. In addition, 4,300 people visited websites featuring the event and hundreds of people across the country called their Representatives to tell them to vote the right way on the Clean Water Protection Act! 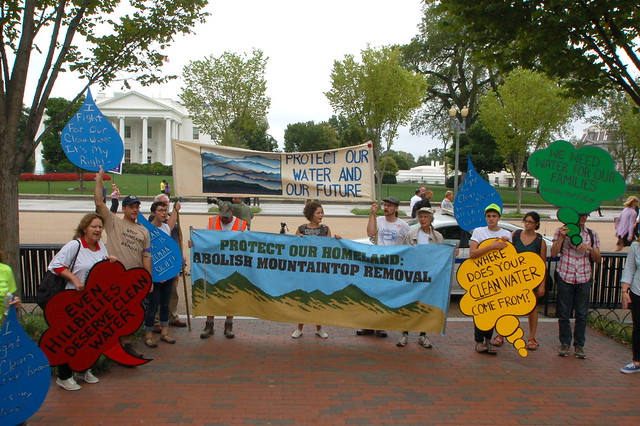 May 2013 people came together from around Central Appalachia and across the county to stand up for a clean, healthy environment and an end to mountaintop removal coal mining. The combined efforts of our 8th Annual Week in Washington and the Appalachia Rising Day of Action tied together multiple campaigns for a better future for Appalachia! Together we advanced our campaign for strong water quality protection through the EPA and our work for strong regulations to protect our streams through the OSM by hosting agency meetings to share testimonies from Central Appalachia. The Alliance also joined a legal petition demanding the EPA take action to protect water, and many of us attended the Appalachia Rising Day of Action at the EPA.

Our Water, Our Future

The Alliance for Appalachia hosted dozens of Appalachian community leaders in DC along with allies from across the country to fight for the Our Water, Our Future. Our organizing team assembled a great training that introduced emerging leaders to the policy recommendations that our Federal Strategy team has developed for the Obama Administration. These administrative changes include a Conductivity Rule and strong Selenium Standard from the US Environmental Protection Agency and a strong Stream Protection Rule and Mine Fill Rule from the Office of Surface Mining Reclamation Enforcement. We summarized the basic asks in a Report Card that graded the Obama Administration on their efforts to stop mountaintop removal, then printed out the report card to present to the CEQ following our big meeting. In addition to sitting down with agency officials, groups met with Congressional Representatives, worked with EQAT to demand that PNC bank to divest from mountaintop removal. 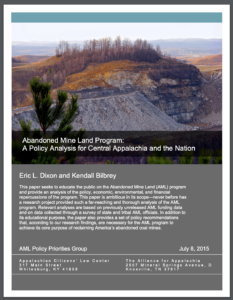 Partnered with Highlander & ACLC to publish an extensive, community-based research and policy analysis of the Abandoned Mine Land Fund (AML Fund), which laid a strong foundation for our ongoing work around AML and legacy pollution. It developed into a policy-driven, community-led campaign in support of the RECLAIM Act, a bill that accelerates the clean up of AML sites by promoting economic development. Through this work, we have built new partnerships, broadened our base, and shifted the narrative around a just transition in our communities. 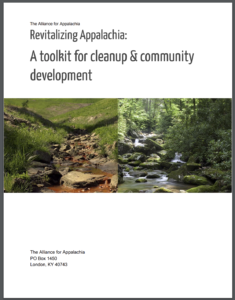 Released Revitalizing Appalachia: a toolkit for cleanup and community development was released in the Fall. Our Economic Transition team promoted the toolkit at the Central Appalachia Brownfields Conference, in meetings with local officials, and in a workshop in East Tennessee with partners from the Clearfork Community Institute, Woodland Community Land Trust, the STAY Project, and Sierra Club. The workshop was inspired by Highlander’s economics and governance curriculum, and designed for local leaders to explore both the assets and needs of their communities. 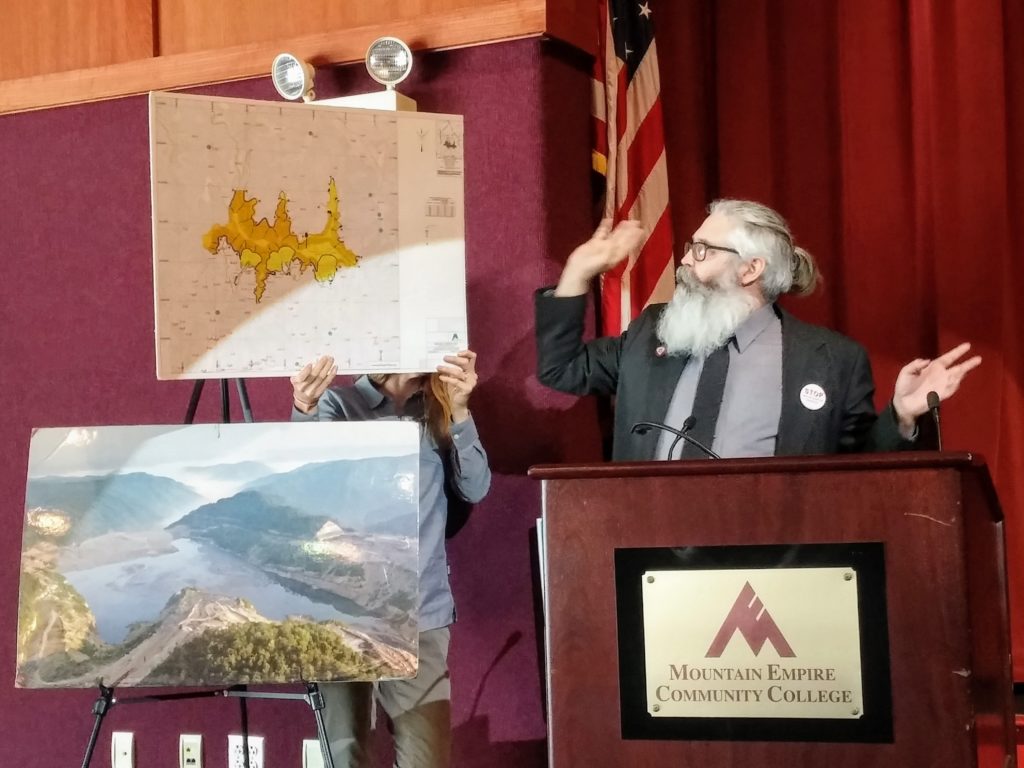 Worked with Earthjustice to coordinate a tour of a mountaintop removal site in KY and a reclaimed site in Southwest VA with Congressman Grijalva. This included a town hall-style meeting, where about 30 community members shared their experiences, concerns, and ideas for addressing coal’s toxic legacy. It was through this connection we were able to share our research and report on the state of bonding practices in Central Appalachia. This information was used as a resource to draft an upcoming energy bill through the House of Natural Resources.

In September 2018, 36 Appalachian leaders from 6 states (AL, KY, PA, TN, VA, WV) joined the Alliance to lobby for Black Lung benefits, the RECLAIM Act, and miners’ pensions. We had 43 + visits with Senators and Representatives, identified a potential Senate author for the Black Lung extension bill, and laid the groundwork for co-sponsors in the House and Senate. 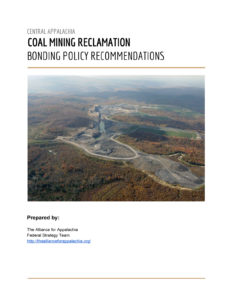 In April 2018, we released our findings from a year-­long research and analysis process that examined bonding practices across Central Appalachia. We issued the report to lend further evidence for the need to eliminate self-bonding and pool bonding of surface coal mines across the country. Our report was released a few weeks after the Government Accountability Office issued a report on bonding and urged Congress to amend the Surface Mining Control and Reclamation Act (SMCRA) to eliminate self-bonding. 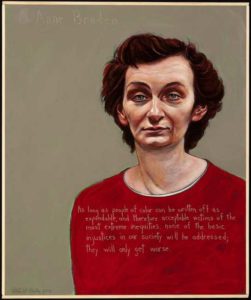 Several of our members and a staff member participated in a Catalyst-led fellowship opportunity called the Braden Program, a 4-month long political education and leadership development program that is designed to support white activists in becoming accountable, principled anti-racist organizers to build multi-racial movements for justice.